Gateways offers at least the same number of A Level subjects as any other local independent school and we will usually run a subject even if only a few pupils choose it - now that's a bespoke education! With small classes, there is simply no better preparation for the small group tutorial work expected at University than getting two years experience of it before you go!

Involvement in a wide range of extra curricular opportunities is offered and encouraged in Sixth Form. Pupils can choose from a wide range of clubs including Amnesty International, the Combined Cadet Force (CCF), the school choir, and various sports clubs . Many of these clubs help pupils to develop interests and skills which may be useful to them for their chosen career. Pupils are encouraged to help lead clubs and to start new ones should they wish.

More information on Community Outreach, Duke of Edinburgh Award Scheme and other ways in which pupils can develop themselves as individuals can be found under the Enrichment Section.

As well as the sports clubs on offer, a weekly PE session is offered to students as part of their Sixth Form timetable. This involves various activities such as yoga and high intensity workouts.

In addition girls have the chance to play for the Seniors Netball Team should they wish to continue with competitive sport on behalf of the school.

Students are able to take part in a number of cultural and historical visits throughout their two years in Sixth Form. The school runs an annual ski trip and a biannual trip to Krakow, Poland including a visit to Auschwitz. Opportunities further afield include a biannual netball tour to South Africa and an expedition which in recent years has involved visits to Cambodia, Costa Rica and Nicaragua.

Field trips form a part of some courses such as Biology and Geography, covering areas such as the East Coast, Malham and Paris.

More information on the extra curricular provision at Gateways 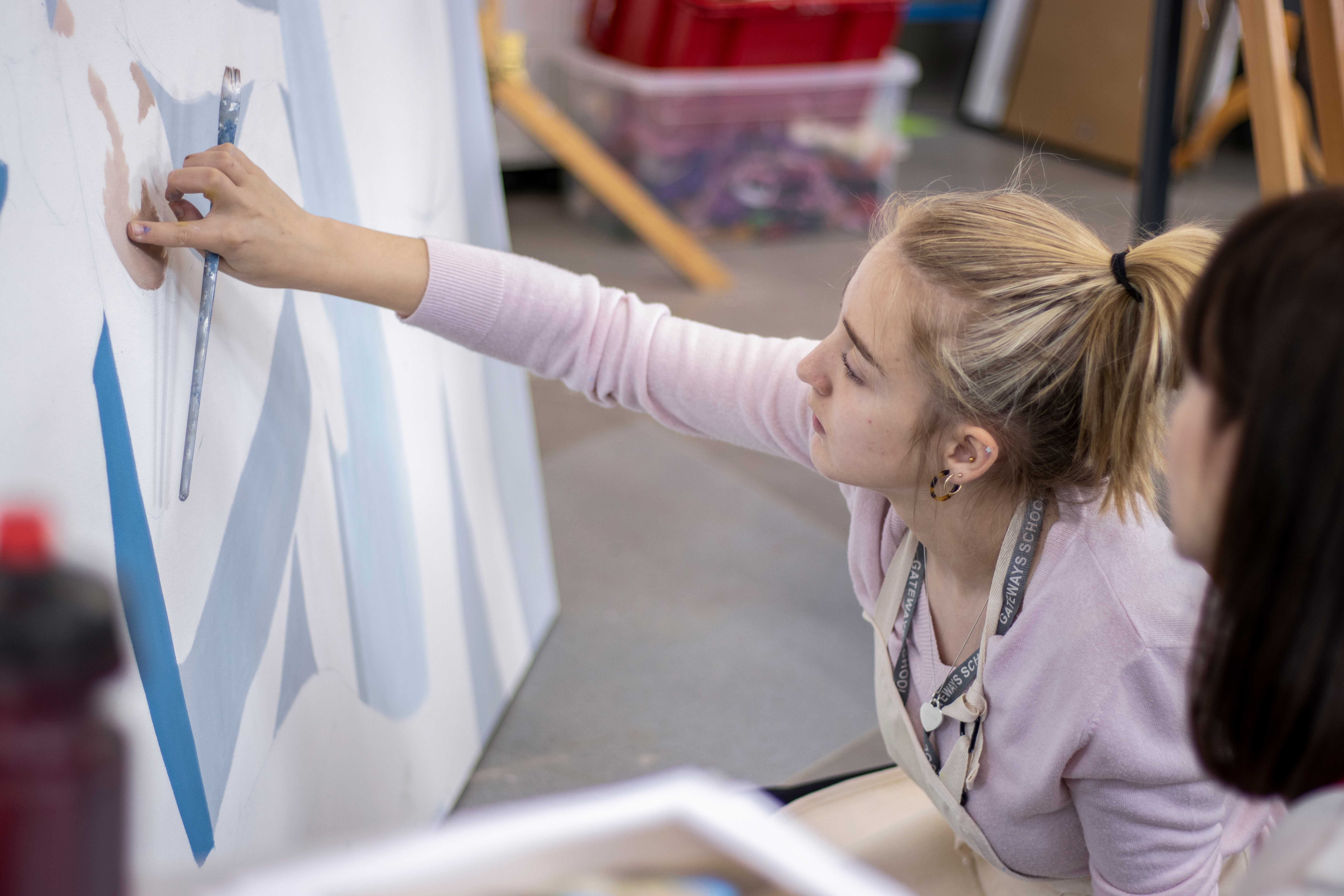 Learn more about our Sixth Form

Find out about our Sixth Form in this short video featuring our Head of Sixth Form, Martin Davidson.

My first lesson today is biology. We are currently preparing for our core practical. I have to design my own methods and research the area, plan my results table and prepare a risk assessment and equipment list.

After biology I have a free period. Today I am catching up on homework in the library. There is also a computer room which is only for sixth formers.

At break time I head to the sixth form cellars to chill out with my friends. The cellars are a private area for sixth formers. We have lockers, TVs and a kitchen so that we can make tea and coffee.

After break I have psychology. It's always an intense and fast paced lesson but very productive! Psychology is difficult but Mrs Hayward makes it fun. She creates games to help us learn complicated concepts. It is interesting how what we learn can be applied to our everyday behaviours!

After lunch I have Counterpoint choir practice. Counterpoint is a focused choir group and you have to be a dedicated member of the School Choir to join. We perform termly at school and at other events. Recently we sang at a wedding and we have also performed at Highfield Care Home and Rudding Park.

My final lesson is art which also happens to be my favourite. At the moment I am exploring textures and painting using a palette knife. Mrs Crawshaw gives us complete artistic freedom which is easier as there are just five of us in the class.

A Day In The Life

Below is a link to our latest issue of Cherryvine, our termly publication.  In this issue, we look at the trips and events from the Spring term, with a round up of...

Below is a link to our latest issue of Cherryvine, our termly publication.  In this issue, we look at the trips and events from the Autumn term, with a round up of...

Check out this blog about the courses we offer in our Sixth Form.

5 tips for standing out in your UCAS application from the staff who know best.