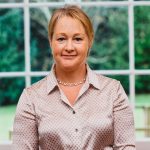 Dr Johnson started her headship at Gateways in September 2012. Prior to this, she was Deputy Head (Pastoral & Discipline) at Lord Wandsworth College having previously been a boarding Housemistress and Teacher of Physics at Cheltenham College. Dr Johnson is an enthusiastic physicist with a PhD in Laser Physics and Optoelectronics from St Andrews University. She teaches physics to our year 7 pupils and she is passionate about ensuring that all pupils enjoy and succeed in science. Outside of Gateways, Dr Johnson is a keen cyclist and enjoys skiing.  To read more about Dr Johnson, click here. 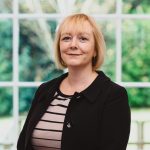 Mrs Titman joined Gateways in 1989 as an NQT and has set up the Design Technology Department and developed computer systems throughout the school. She has a degree in Electrical and Electronic Engineering & a Masters from Durham University in Education.  Alongside Deputy Head duties Mrs Titman teaches computing and textiles. She is passionate about creative skills and allowing young people to explore opportunities available to them through academic achievement and problem solving tasks. In her spare time, she enjoys personal challenges and hand crafts. 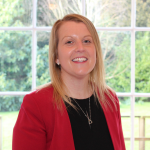 Mrs Wallis joined Gateways as an NQT in 2002. She was appointed Curriculum Leader of Maths & Science in 2008 and both subjects have grown from strength to strength under her leadership. Mrs Wallis has introduced a number of new initiatives to Prep School including the annual National Primary Maths Challenge.  She has a BA Honours (QTS) in Primary Education & continues to teach Maths in the Prep School alongside her leadership duties. Outside of Gateways, Mrs Wallis enjoys spending time with her husband and two sons, occasionally squeezing in a spot of retail therapy. 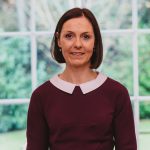 Mrs Wood joined Gateways in 2007 and was appointed Pastoral Head of Middle School in 2009. In 2012 she became Head of Pupil Development with pastoral responsibility for Years 7 – 11, including safeguarding for the whole school. She joined the Senior Management team in 2016 with responsibility for safeguarding. She has a degree in Biological Sciences and Chemistry and teaches chemistry throughout the High School and Sixth Form. Prior to becoming a teacher she worked in the chemical industry for 14 years. She is a keep-fit fanatic, enjoying Zumba, running and cycling.